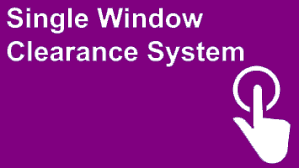 The government is considering allowing single window clearance to attract foreign investors. Investors are also showing enthusiasm in this regard. More than six foreign investors said they were in talks with the government on the matter. These investors will also be allotted pre-determined land for setting up manufacturing units. This type of land can be made available in about 20 states. According to government officials, the scheme is likely to start from the next financial year.

A government official familiar with the matter said the single window clearance scheme could come in 2021 by the end of March or in the first week of April. We are in talks with the states on attracting investment for industrial construction in the country. So far 8 states have agreed and another 6 states may agree by November 15. We are optimistic that 20 states will be involved by the end of this year.

Quotes of the Day : “It is easy to be jealous. It is easier to criticize, but harder to succeed. Staying on top of success is even harder. “

Inquiries are being made to set up infrastructure units and automobile industries in states like Andhra Pradesh and Odisha. Work is being done in this direction as part of a plan to attract foreign investment in the country. State governments are also working with the finance ministry and commerce ministry on the scheme. Under this all the necessary regulatory and state related approvals for setting up a manufacturing unit in the country will be obtained from a single place.

To improve this facility, the government has also decided to set up a land bank repository, which will have information on all vacant plots, availability of raw materials and transport links. The government is working on a land clearance and a single clearance mechanism for areas where infrastructure is most needed. These sectors include the automobile, steel, aluminum and other industrial manufacturing sectors. Sovereign funds and other investors often cite lack of land for various projects. It will also help to make the business environment in the country more accessible.